Tennessee Immigrant and Minority Business Group (TIMBG) was founded by Drs. Ming Wang and Galen Hull in September 2013 to promote communication and interaction among immigrant and minority owners through a series of monthly seminars. For further information see this Website and www.timbg.org.

This is a free listing site for diverse events. Let's celebrate our diversity by supporting these events to make middle Tennessee a great place to live for people of all cultures, ethnicities & religions! 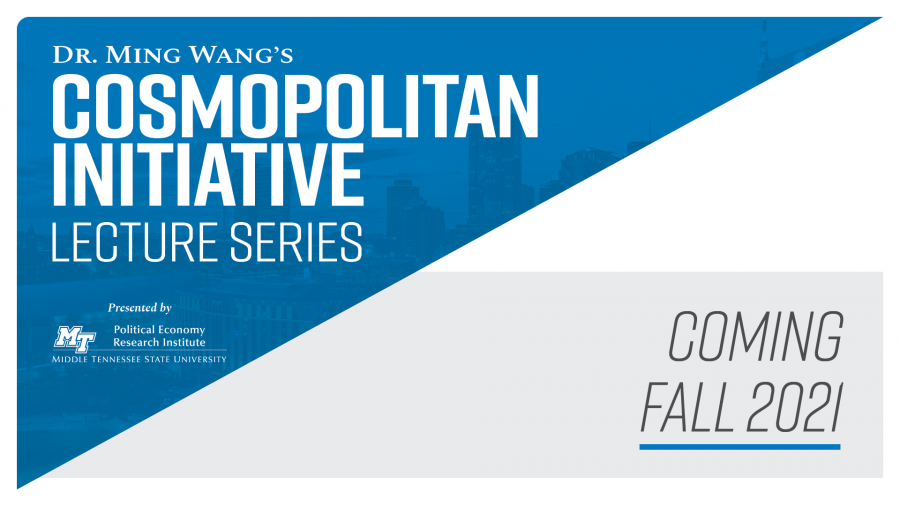 About this lecture series: As economist Peter J. Boettke writes in his book The Struggle for a Better World, “Economic ideas play a vital role in the struggle to realize a better world. The hope for the twenty-first century, after the bloodshed of the twentieth and the inauspicious beginning of this century in terrorism and militarism, resides in the liberal ideal of a free and prosperous cosmopolitan order. We need an ethic for strangers that transcends national borders, rather than an ethic of geopolitics that rewards allies and aggresses against perceived enemies. The civilizing role of commerce and trade, a role recognized by the classics such as Voltaire, Montesquieu, Hume and Smith, must be appreciated once again.”

In this spirit, this lecture series will feature academic scholars exploring the role of global trade, immigration, and de-escalation in establishing a more peaceful and prosperous future for all of humanity.

The lead sponsor for this lecture series is Dr. Ming Wang, Harvard & MIT (MD, magna cum laude); PhD (laser physics), and guest lectures will be moderated by Dr. Wang and faculties of the MTSU Political Economy Research Institute. Dr. Wang is a world-renowned laser eye surgeon, philanthropist, and a co-founder of the non-profit Common Ground Network. As a teenager, Ming fought valiantly to escape China’s Cultural Revolution – during which millions of innocent youth were deported to remote areas to face a life sentence of hard labor and poverty. He came to America with only $50 and earned two doctorate degrees, one in laser physics and one in medicine, and graduated with the highest honors from Harvard Medical School and MIT. Wang Foundation for Sight Restoration has helped patients from over 40 states in the U.S. and 55 countries, with all sight restoration surgeries performed free-of-charge. Dr. Wang was named the Kiwanis Nashvillian of the Year for his lifelong dedication to help blind orphaned children from around the world.

Telephone
615-525-3314
Email
This email address is being protected from spambots. You need JavaScript enabled to view it.
Website
https://www.mtsu.edu/peri/events/upcomingevents.php#cosmopolitan