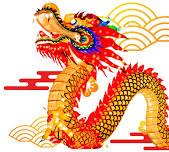 The erhu is a two-stringed bowed musical instrument, more specifically a spike fiddle, which may also be called a Southern Fiddle, and sometimes known in the Western world as the Chinese violin or a Chinese two-stringed fiddle. It is used as a solo instrument as well as in small ensembles and large orchestras. It is the most popular of the huqin family of traditional bowed string instruments used by various ethnic groups of China. As a very versatile instrument, the erhu is used in both traditional and contemporary music arrangements, such as in pop, rock and jazz.

Telephone
6155253314
Email
This email address is being protected from spambots. You need JavaScript enabled to view it.
Website
https://www.nashvillezoo.org/upcoming-events